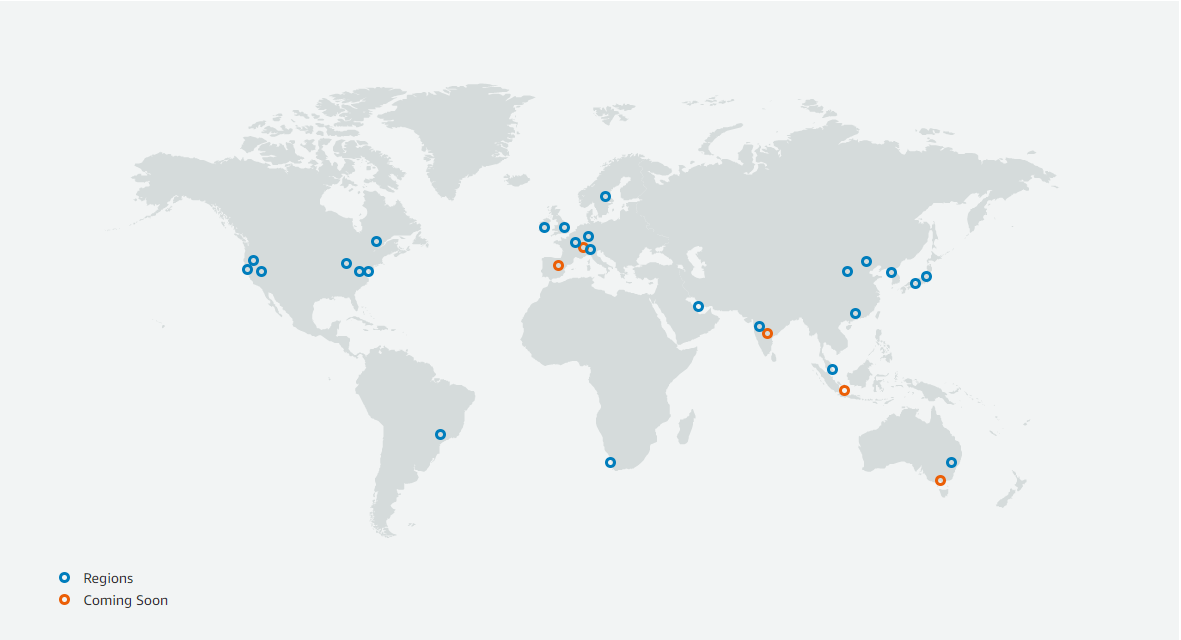 AWS has the concept of a Region, which is a physical location around the world where we cluster data centers. We call each group of logical data centers an Availability Zone. Each AWS Region consists of multiple, isolated, and physically separate AZ’s within a geographic area.

An Availability Zone (AZ) is one or more discrete data centers with redundant power, networking, and connectivity in an AWS Region. AZs give customers the ability to operate production applications and databases that are more highly available, fault tolerant, and scalable than would be possible from a single data center.

AWS Local Zones are a type of AWS infrastructure deployment that places AWS compute, storage, database, and other select services close to large population, industry, and IT centers. With AWS Local Zones, you can easily run applications that need single-digit millisecond latency closer to end-users in a specific geography.

AWS Wavelength extends the AWS cloud to a global network of 5G edge locations to enable developers to innovate and build a whole new class of applications that require ultra-low latency. Wavelength Zones provide a high-bandwidth, secure connection to the parent AWS Region, allowing developers to seamlessly connect to the full range of services in the AWS Region through the same APIs and tool sets.

To deliver content to end users with lower latency, Amazon CloudFront uses a global network of 225+ Points of Presence (215+ Edge locations and 12 regional mid-tier caches) in 90 cities across 47 countries.

Azure global infrastructure is made up of two key components—physical infrastructure and connective network components. The physical component is comprised of 160+ physical datacenters, arranged into regions, and linked by one of the largest interconnected networks on the planet. 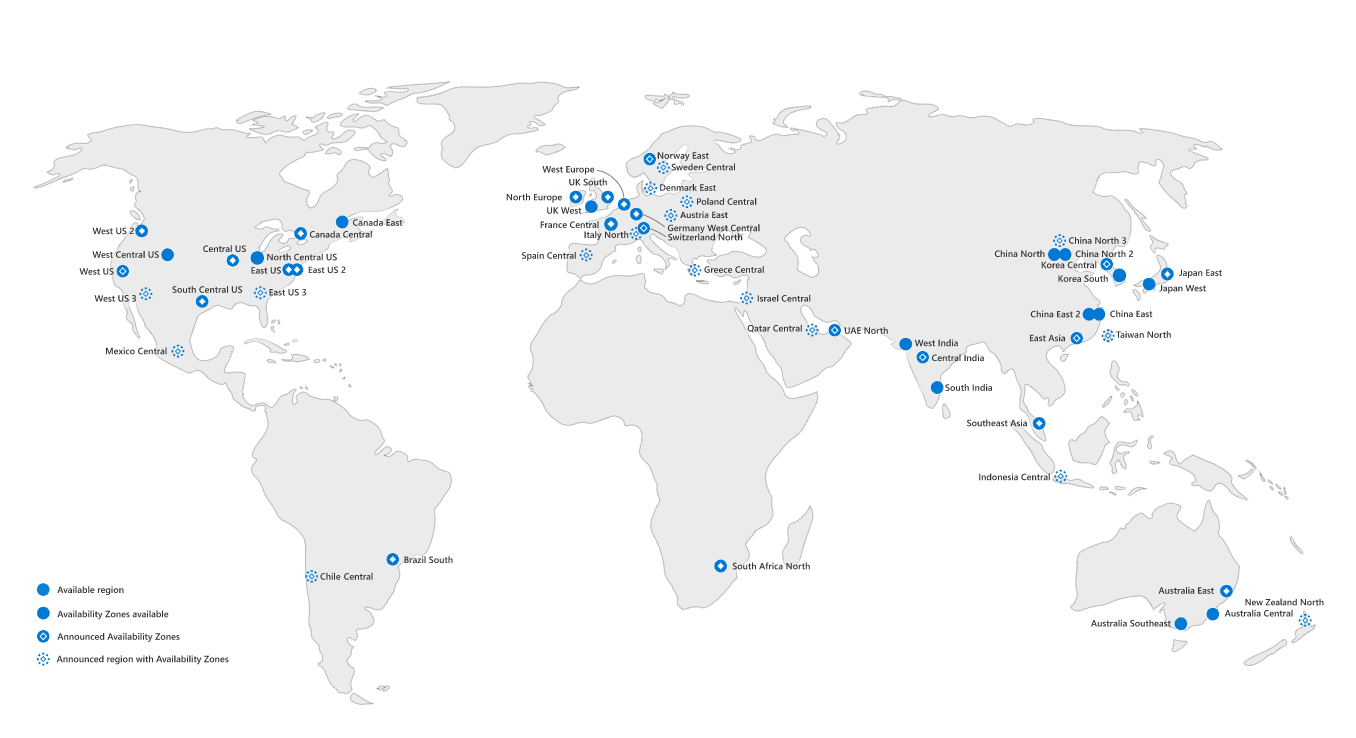 An Azure region is a set of datacenters, deployed within a latency-defined perimeter and connected through a dedicated regional low-latency network.

Azure Availability Zones are unique physical locations within an Azure region and offer high availability to protect your applications and data from datacenter failures. Each zone is made up of one or more datacenters equipped with independent power, cooling, and networking.

An Azure point of presence, often abbreviated as PoP, is an access point or physical location where traffic can enter or exit the Microsoft global network.

Regional network gateways are massively parallel, hyperscale datacenter interconnects between datacenters within a region—without the need to network each individual datacenter to the others in a region.

Google Cloud services are available in locations across North America, South America, Europe, Asia, and Australia. These locations are divided into regions and zones. You can choose where to locate your applications to meet your latency, availability, and durability requirements. 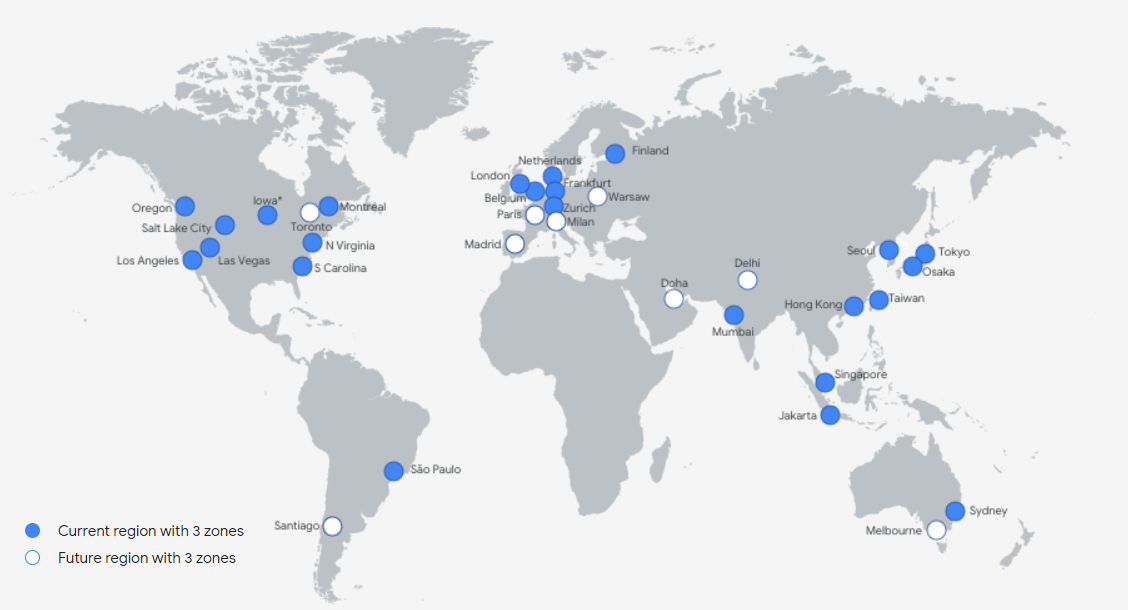 Regions are independent geographic areas that consist of zones.

Edge POPs are where GCP connect Google’s network to the rest of the internet via peering. GCP is present on over 90 internet exchanges and at over 100 interconnection facilities around the world.

Below is a summary of the global infrastructure of each major public cloud provider.

Note: Please refer to the latest figure on the official documentation page of each service provider.

Hope you have enjoyed this article, in the next blog post, we discuss AWS vs Azure vs GCP account structure.