I have 2 app servers with a loadbalancer in front of them and 1 database server in my system. I’m provisioning them using Ansible. App servers has Nginx + Passenger and running for a Rails app. Will use capistrano for deployment but I have an issue about ssh keys. My git repo is in another server and I have to generate ssh public keys on appservers and add them to the Git server(To authorized_keys file). How can I do this in ansible playbook?

PS: I may have more than 2 app servers. 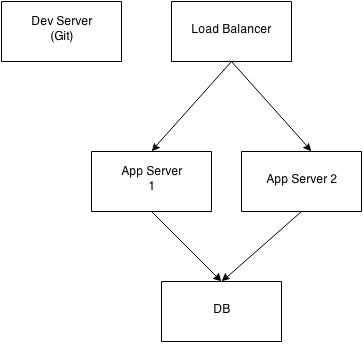 Take a look to the authorized_key module for getting info on how to manage your public keys.

The most straightforward solution I can think of would be to generate a fresh key pair for your application, to be shared accross all your app instances. This may have security implications (you are indeed sharing keys between all instances!), but it’ll simplify a lot the provisioning process.

You’ll also require a deploy user on each app machine, to be used later on during deployment process. You’ll need your public key (or jenkins one) on each deploy user’s authorized_keys.