In the best practices page, there is an example that uses hosts.yml for hosts files: 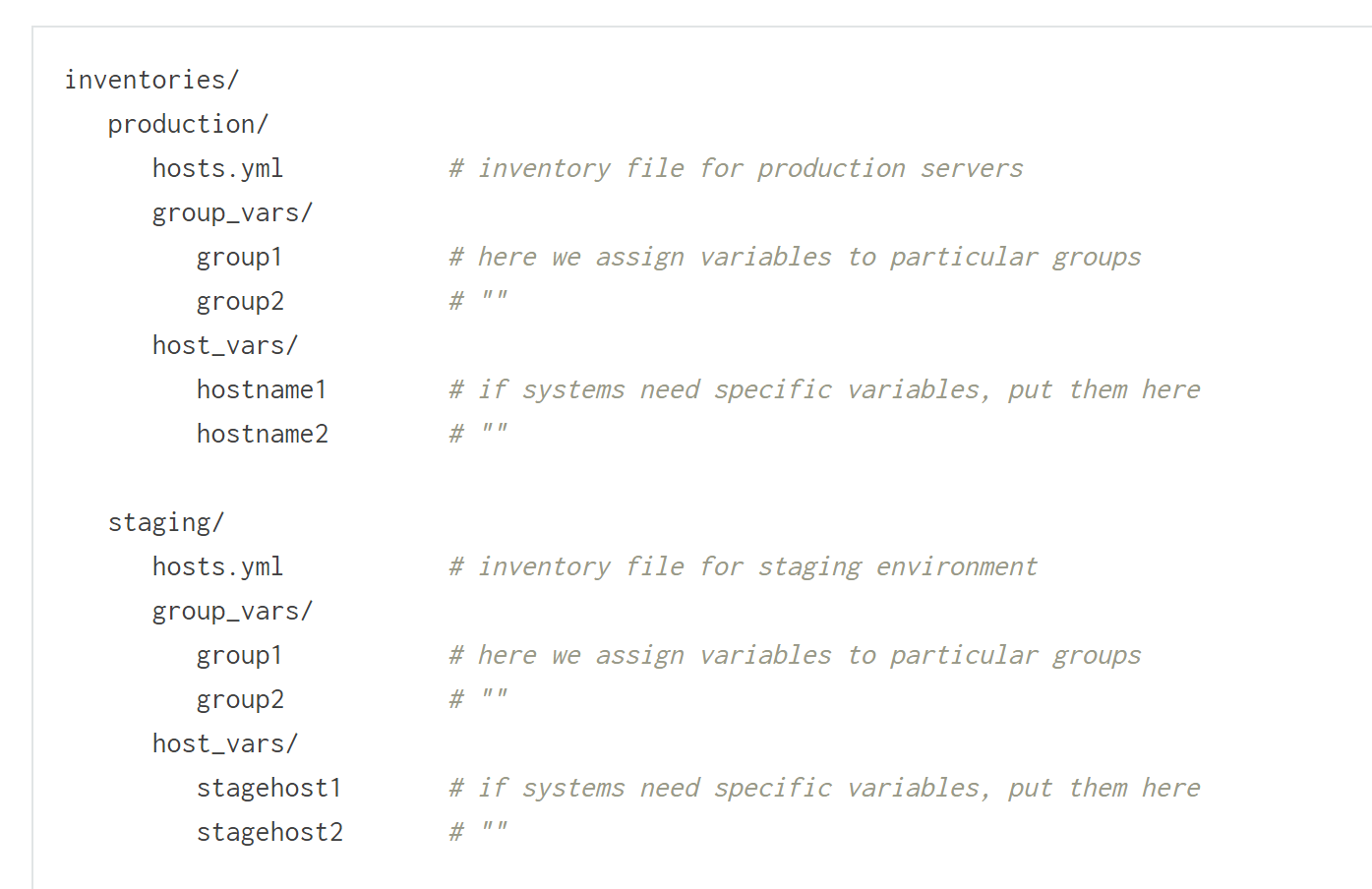 In the docs, however, I can only find the INI syntax for writing hosts files.

What is the syntax for the inventory files in YAML?

The example file on GitHub contains the guidelines and examples:

Ex 2: A collection of hosts belonging to the ‘webservers’ group

Ex 3: You can create hosts using ranges and add children groups and vars to a group.
The child group can define anything you would normally add to a group