I’ve created an Ansible playbook that creates a cloud instance and then installs some programs on the instance. I want to run this playbook multiple times (without using a bash script). Is it possible to use a loop to loop over those two tasks together (I.E. One loop for two tasks?). All I’ve been able to find so far is one loop for each individual task

No that’s currently not possible. with_items used to work with the include statement in previous versions of Ansible but was unfortunately dropped. 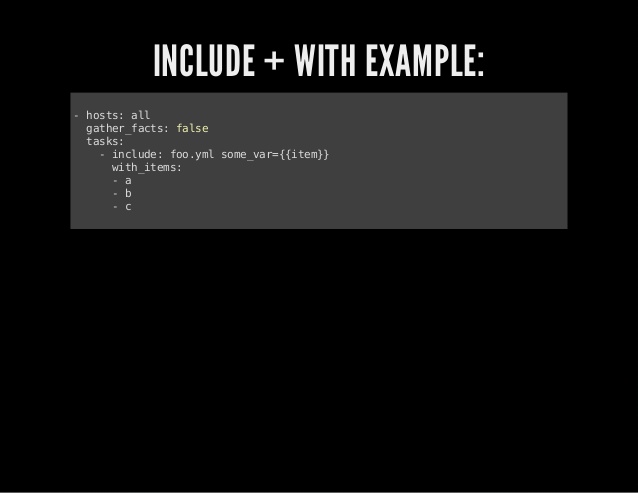 You could try to work with the v2 branch from github, the feature should be available in there.

What you can do with 1.9.1 is to move your tasks into a role and reference this role multiple times in your playbook.