In this blog post, we will start with a new AWS service SQS or Simple Queue Service.

In computer science, a queue is a collection in which the entities in the collection are kept in order and the principal (or only) operations on the collection are the addition of entities to the rear terminal position, known as enqueue, and removal of entities from the front terminal position, known as dequeue. This makes the queue a First-In-First-Out (FIFO) data structure. In a FIFO data structure, the first element added to the queue will be the first one to be removed. This is equivalent to the requirement that once a new element is added, all elements that were added before have to be removed before the new element can be removed. Often a peek or front operation is also entered, returning the value of the front element without dequeuing it. A queue is an example of a linear data structure, or more abstractly a sequential collection. 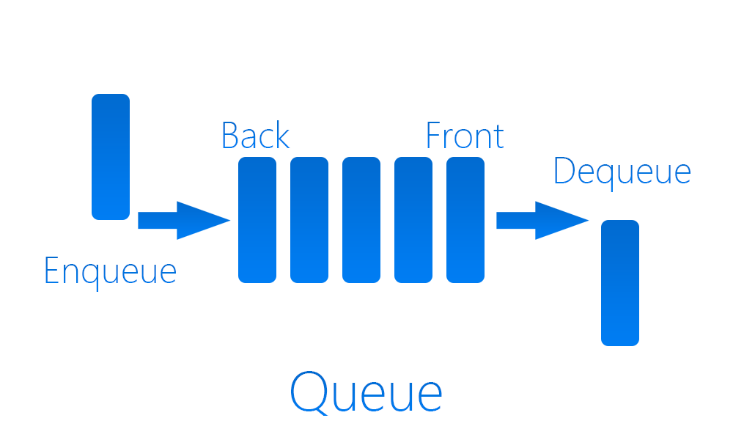 Queues provide services in computer science, transport, and operations research where various entities such as data, objects, persons, or events are stored and held to be processed later. In these contexts, the queue performs the function of a buffer.

Queues are common in computer programs, where they are implemented as data structures coupled with access routines, as an abstract data structure or in object-oriented languages as classes. Common implementations are circular buffers and linked lists.

AWS SQS or Simple Queue Service is one of the oldest services that was introduced to the general public. AWS Simple Queue Service (SQS) is a fully managed message queuing service that enables you to decouple and scale microservices, distributed systems, and serverless applications. SQS eliminates the complexity and overhead associated with managing and operating message oriented middleware and empowers developers to focus on differentiating work. Using SQS, you can send, store, and receive messages between software components at any volume, without losing messages or requiring other services to be available.

Hope you have enjoyed this article. In the next blog post, we will create our 1st SQS queue.

To get more details on AWS SQS, please refer below AWS documentation