What Is ReplicaSet In Kubernetes

In the last blog post, we have discussed ReplicationController in Kubernetes.

In this blog post, we will discuss ReplicaSet which is the new version of ReplicationController with some added features. In real-world scenarios, we hardly deploy a pod directly. Instead, pods are deployed using the pod controller. ReplicaSet is one of the pod controllers which ensures that a specified number of pod replicas are running at any one time.

A ReplicaSet’s purpose is to maintain a stable set of replica Pods running at any given time. As such, it is often used to guarantee the availability of a specified number of identical Pods. A ReplicaSet is defined with fields, including a selector that specifies how to identify Pods it can acquire, a number of replicas indicating how many Pods it should be maintaining, and a pod template specifying the data of new Pods it should create to meet the number of replicas criteria. A ReplicaSet then fulfills its purpose by creating and deleting Pods as needed to reach the desired number. When a ReplicaSet needs to create new Pods, it uses its Pod template. 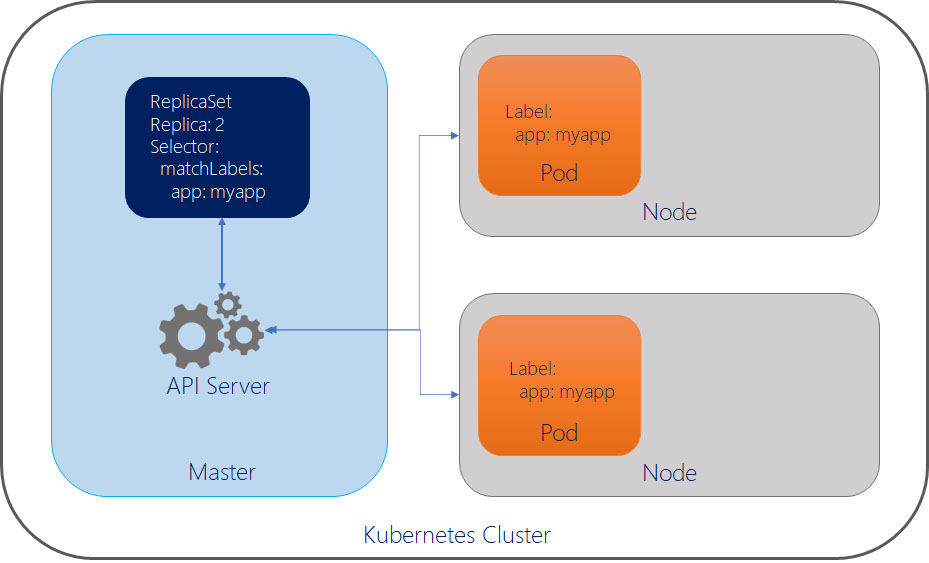 Step 3: Scale up and scale down the number of replicas.

Step 5: Make a connection to the pod managed by replicaset.

Hope you enjoyed this article. In real world sceanrios we hardly deploy a pod directly. Instead, pods are deployed using pod controller. In the next blog post, we will discuss one of the pod controller deployment.

To get more details on Kubernetes you can follow the below link.

To get more details on Docker you can follow the below links.